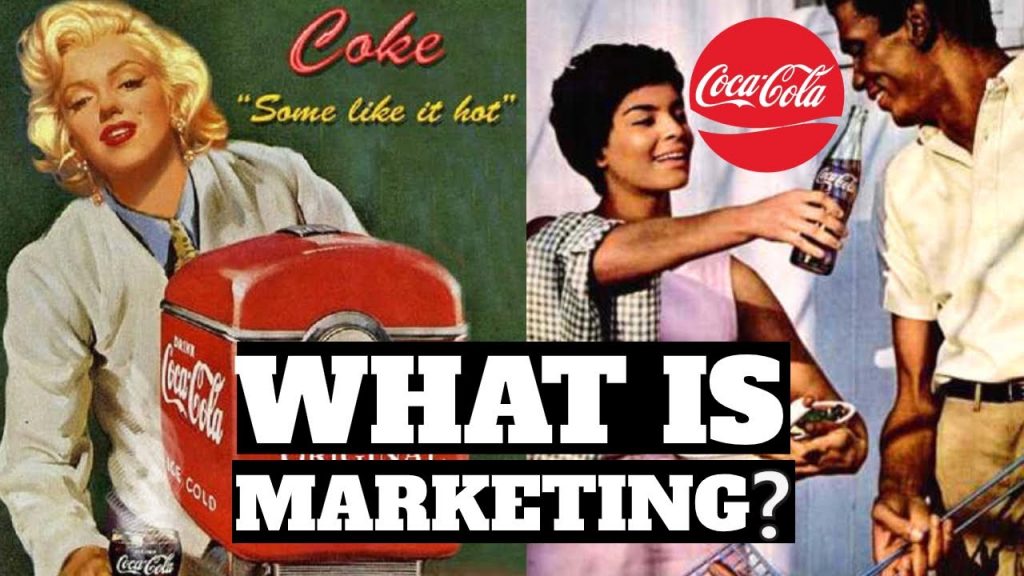 Contrary to popular belief, marketing is not a synonym for advertising. Marketing is the art of customer satisfaction and the best marketers understand people. They understand what makes them tick, what gets them excited and what keeps them awake at night. This is why I love marketing so much and preach it so passionately. If you understand people better, you enjoy life better, you become a better person and your business becomes infinitely more successful.

Advertising is just one part of the blanket that is marketing and advertising alone does not work. Entrepreneurs are being fed partial truth and they’re digesting it, ending up full and frustrated. Marketing touches all areas of business, from the message, vision, pricing, placement, and promotion and if these areas are not in complete unity and balance, your advertising will almost always fail. Great marketing will create or redefine this for your business for better and faster growth. Promoting (Advertising) then becomes the last step in the chain of a well thought out marketing plan and it is a big one! No matter the size of your business, advertising should be done, as long as your business exists!

A prime example of this would be to see how often you see a familiar brand advertise. If an established giant like McDonald’s still advertises consistently with over $400+ million of advertising spend. Your business will definitely need to do so.
We’ve seen giants like ‘Blockbuster’ and ‘Toys’R’Us’ crumble because of their inability to redefine and move with the tide of technology and advertising investment. These businesses once reigned supreme, now they are reduced to nothing but a distant memory. My advice to entrepreneurs is simple. Understand and respect the importance of marketing. Learn as much as you can about your business, people, your customers and you will be able to help and connect with the right people with advertising. Once done, continuously advertise for as long as your business exists. 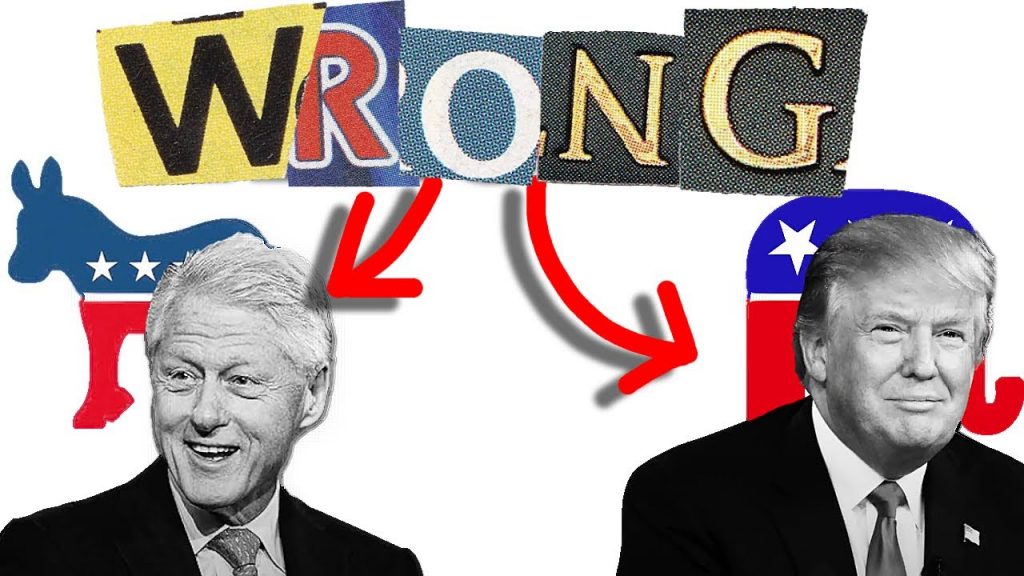 You’re probably wrong about almost everything, humans believe that they are logical, open minded and understanding, yet science has proved this to be wrong time and time again, this is due to our preprogrammed cognitive biases that we don’t know we have and have to work against.

Cognitive, meaning the process of thinking, bias, of course meaning preferring a choice or idea unfairly without giving an equal chance to the opposing choice or idea. Here are the cognitive biases nearly all of us go through like the confirmation bias, this means you tend to listen to and favour information that supports your already existing beliefs and preconceptions, everything else is ignored and dismissed, this is why it’s usually hard to have intelligent debates. Let’s say you believe in God and I show you evidence against your belief, even if it outweighs everything you’ve said you’ll reject it. This works with nearly everything, our views on our favourite natural remedies, musicians, actors, a politician we support and so on,

In some cases, we can open our eyes, in most our eyes stay closed, this is why Donald trump can say and almost do anything and still receive backing from his supporters, this works on both sides of the spectrum. Going back just a few years you’d see people support the use of activated charcoal in their water, toothpaste and skin care regimes, pink Himalayan salt, herbs and natural remedies having magical life changing abilities and outrageous conspiracy  theories, some being true to some extent but isn’t the case overall. The next cognitive bias being the placebo effect, if you truly believe the medicine you take will work, even if it has no scientific evidence of doing so, it can, but this only works on the more psychological things like pain and certain symptoms associated with it but it doesn’t actually cure diseases, viruses and broken bones.

The next being the dunning Kruger effect, this is when incompetent people think they’re amazing because they don’t know any better, true experts know there’s a lot they don’t know and underestimate what they can do, because of this incompetent people usually rise to executive roles in companies and major roles in politics faster, taking on more than they can chew and doing a terrible job, the experts usually question themselves too much and don’t do.

The next being the just-world hypothesis. This is when you think the world is Mostly just and karma has it’s place, the truth is good people can suffer, and bad people may never see their karma.

This list can go on for a long time but I’ll finish it with the last one, the blind spot bias, failing to acknowledge your cognitive biases is a bias itself, you’ll see these biases in others but disregard it in yourself. What do these biases mean for us and how can we work with them? Well these biases were designed as shortcuts to not allow us to overthink and waste energy on tasks but knowing and being conscious of them in ourselves and other people gives us a truer understanding of the world and people around us and this is why you‘ve probably been wrong about almost everything. 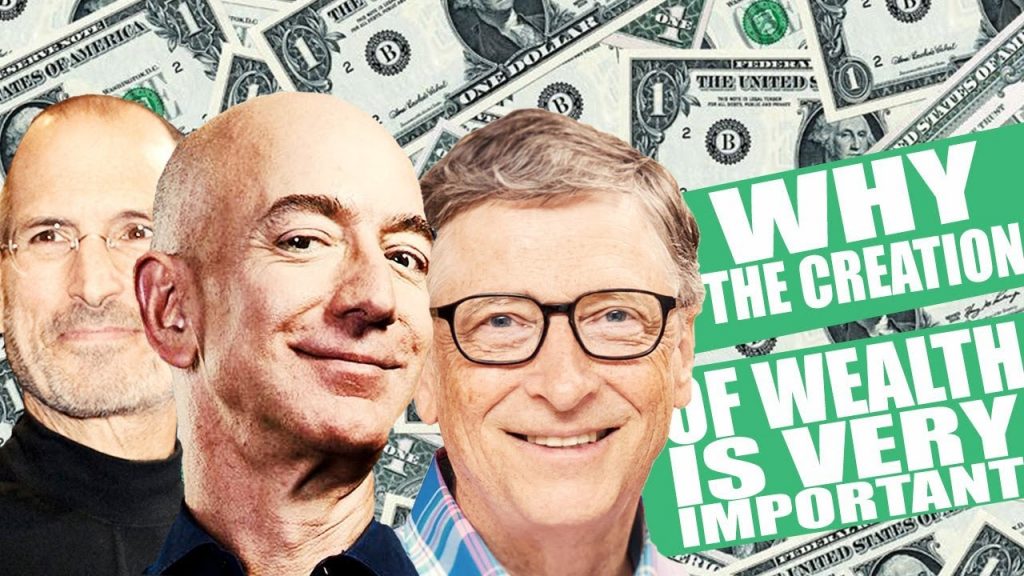 You’ve probably been taught the same things I’ve been taught growing up. “Money isn’t everything” “Money is the root of all evil” and you’ve probably heard people say “Only greedy people want to be rich, I just want to be comfortable”. I want to tell you today. Money is everything and the people that are telling you “I just want to be comfortable” are extremely selfish. They are only thinking about themselves and their circles. Being ‘comfortable’ does nothing for this planet.

We live on an economic planet. Nothing can be done without the use of money and that is in no way a terrible or evil thing. As long as we have humans with great minds of creation, we will have value and as long as we have value, we’ll need a system to trade that value for something of equal measure. The creation of money isn’t perfect but it helps to avoid the barter catastrophe that is ‘the double coincidence of wants’. In this world, you can’t make a near equal trade of value. A pencil may want to be traded for a loaf of bread, that bread may want to be traded for a rolex and that rolex may want to be traded for a house. This becomes an awful system of trade that just can not work! Now you’re probably reading this and thinking to the first part of what I said “that’s not true, you can do a lot without money”. My reply to you would be this, if you’re reading this right now, you probably live in a first world country with near stable internet connection on a daily basis, for you to do anything from the position you’re in will take money or you’ll at least be in contact with money. Phones, computers, planes, roads, shops, parks, fields. Just because you didn’t pay for it, doesn’t mean it didn’t cost anything. Now if you know the importance of money, only making “just enough” is a terrible thing to do.

When you’re making a lot of money, you’re able to change your situation and the situation of millions of other people.

If you’re someone that would want to “change the world” or “make the world a better place” make enough money to do so first, then help a lot of people.

Now if you’re someone that could care less about helping other people because you feel as though “changing the world” is futile or you’re just selfish, I say this to you.

Creating wealth still has massive benefits, even indirectly. The creation of wealth as a massively successful entrepreneur helps to fuel the economy, create more jobs and reach your potential. Making an incredible business, pushes mediocre businesses out of the picture. Already making the landscape better! Let me know your thoughts on the creation of wealth in the comments or the Facebook group.